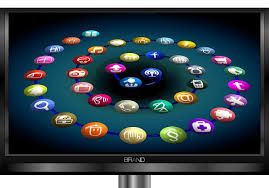 The scenarios of leading Newspapers are similar to the political parties. They have realized the growing opportunities and competitions and hence have become very active in social networking. Social or Cultural organizations are making use of the social networks to reach out to maximum people. Today, the Newspapers, Organizations and political groups have their own SMT (Social Media Team).  They analyse the trends of the society through social media and the interests of the customers. The findings are utilized to prepare new strategies and programs to reach the maximum. Youngsters and other like-minded people are actively propagating their ideas and campaigns on social media. Most of us are also on the viewer list of their pictures and videos. 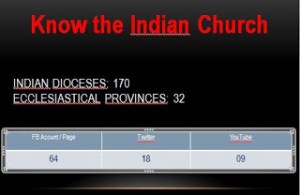 Where does the Indian Church stand with respect to engaging and sharing the gospel and good deeds of the Church on Social media? An independent online survey done by a group of Catholic youth of Mumbai brings up the following shocking findings.  Only 68% dioceses in India have their internet presence (Total number of Indian Diocese -170).  Further, it shows that 38% of the Indian dioceses have their presence in Facebook, 11% in Twitter and 5% in YouTube. Even within this low rated percentage, 45% accounts are inactive for months. With such a limited presence, how can the Indian Church create an awareness of her good activities to the society? The Church in India has played a great role in sharing the printing technology into the grass root level of the nation. But in this age of social Networks, why is the Church hesitant to utilise its positive opportunities?

Creative and qualitative suggestions are welcomed